There are many commemoration events taking place for WW1 around the country.

Last night I attended an emotional McCrae's Battalion Centenary at the Usher Hall in Edinburgh for an evening of music, narration and drama.

100 years ago yesterday George McCrae led hundreds of men from a rally at the Usher Hall to the Palace Hotel in Castle Street where the recruiting office was located to join the 16th Royal Scots. 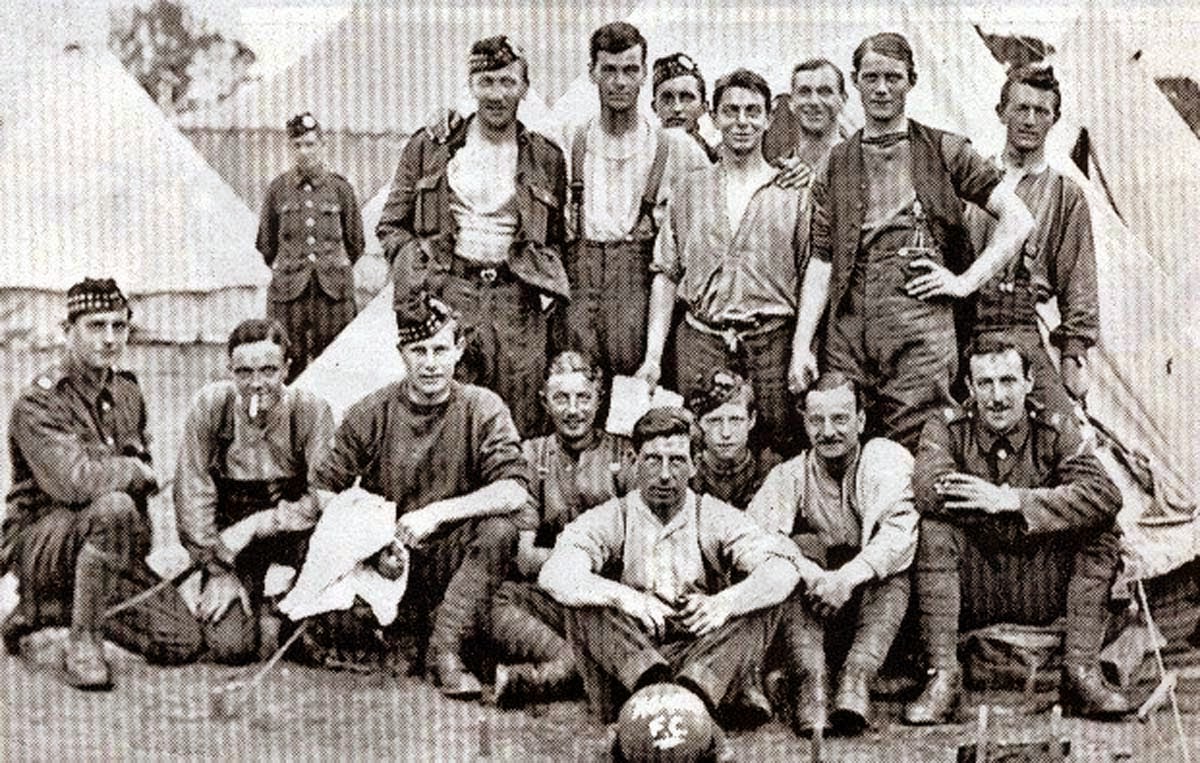 He had earlier recruited the entire Heart of Midlothian football team, the first professional team to sign up en masse in the country. Players and supporters from Falkirk, Dunfermline, Hibernian and Raith Rovers also joined McCrae's one of the first of the 'Sportsmen' battalions who rather than being drawn from a wide geographical area were largely made up of men who played football or other sports together.

The BBC have made a fine docu-drama of the story: Hearts and WW1 http://www.footballersunited.co.uk/

Last night’s event culminated in song including: Hearts of Glory sung by Craig Herbertson and the fine Somewhere in France written and sung by historian Jack Alexander: https://www.youtube.com/watch?v=SVgisB66230
A CD of all the songs is planned for release next year.

A much longer documentary of the story is available at https://www.youtube.com/watch?v=2VQMM2rmTWc

The square outside the Usher Hall was renamed yesterday as McCrae's Place http://www.bbc.co.uk/news/uk-scotland-edinburgh-east-fife-30236001

Photo courtesy of Ian Cunningham www.londonhearts.com
Posted by Alasdair Macdonald at 04:28 No comments:

Recently I sent off a DNA sample to the National Genographic Project to take their Geno 2 test.  Although I have undertaken numerous tests for genealogical markers, I was interested in the very deep ancestry markers which Geno 2 seeks to identify.  The test also identifies a deep paternal ancestry (Y-DNA) marker and a maternal (mtDNA) haplogroup neither of which I will mention in this post.  Results from both of these can be integrated into your Family Tree DNA user profile (who are undertaking the actual processing of samples).

I have already identified where many of my recent ancestors originated from within Scotland as can be seen from the image below which illustrates where they came from the period 1760-1790.  If  I were to go back a further generation or two the spread moves further to the west, but none from Glasgow (and as an Edinburgher I feel very blessed...only a joke:)

I know the names and supposed geographical origins of 57 or my 64 potential ancestors going back 6 generations. Here they are plotted on a map with blue being paternal and orange maternal. 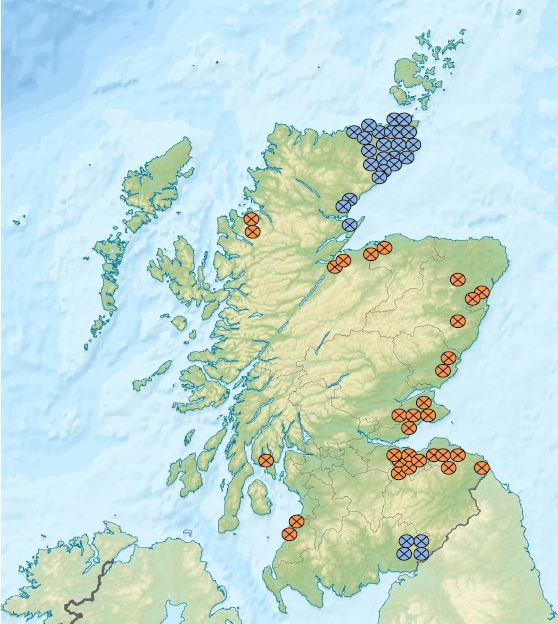 So what did the test reveal?  As far as deep ancestry is concerned it actually revealed the obvious for someone whose ancestors have not moved too far in many centuries and whose recent ancestors hail from in the main, eastern Scotland. My first reference population is British (yuck) and my second
Danish.


Meanwhile my archaic hominid ancestry was reported  as:

In time the reference populations used will become more refined.
Posted by Alasdair Macdonald at 13:40 No comments:

Alasdair Macdonald
Blog posts, articles and gems found as I stravaig through life.